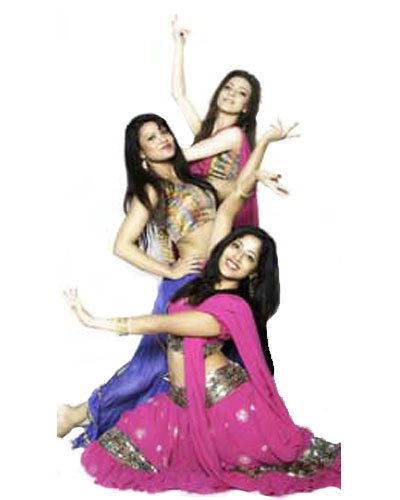 The term “Bollywood” did not appear until the 1970s, when India surpassed the United States as the largest producer of films in the world. The name came from a combination of “Bombay” (which is now Mumbai, a cosmopolitan center of India, comparable to New York City in the United States) and “Hollywood”

It is important to understand the relationship between theater, music, and dance in South Asia. Unlike the West, where the “musical” is considered to be just one of numerous genre, South Asians have a very difficult time conceiving of any theatrical or film endeavor that does not have music and dance. Films that are produced along the Western vein (sans music and dance) are consigned to the “art-film” category and generally meet with very limited commercial success. The only theatrical genre where song and dance are not expected appears to be modern TV dramas. (i.e., “soap operas”). The unbroken tradition of linking theater, music, and dance is traceable all the way back to the Natya Shastra (circa 2nd-century BCE.)

e film music and dances in Bollywood films are a synthesis of formal and folk Indian traditional music and dance traditions, infusion with Middle Eastern techniques. The dances in older Hindi movies represented supposed dances of the common people, although they involved original choreography. Bollywood dances have evolved as a unique and energetic style. Since they are group dances, they are often used as joyful exercise music.[3] The style of dance has also highly influenced international artists and appears in songs such as “Come & Get It” and EDM hit “Lean On”.

The choreography of Bollywood dances takes inspiration from Indian folk dances, classical dances (like Kathak) as well as disco and from earlier Hindi film dances.

Bollywood films must have song and dance, so it is reasonable to look into the styles of these dance forms. It turns out that this does not tell us much, because of a large number of dance styles that have been enfolded into it. Furthermore, Bollywood dancing has changed tremendously over the years.