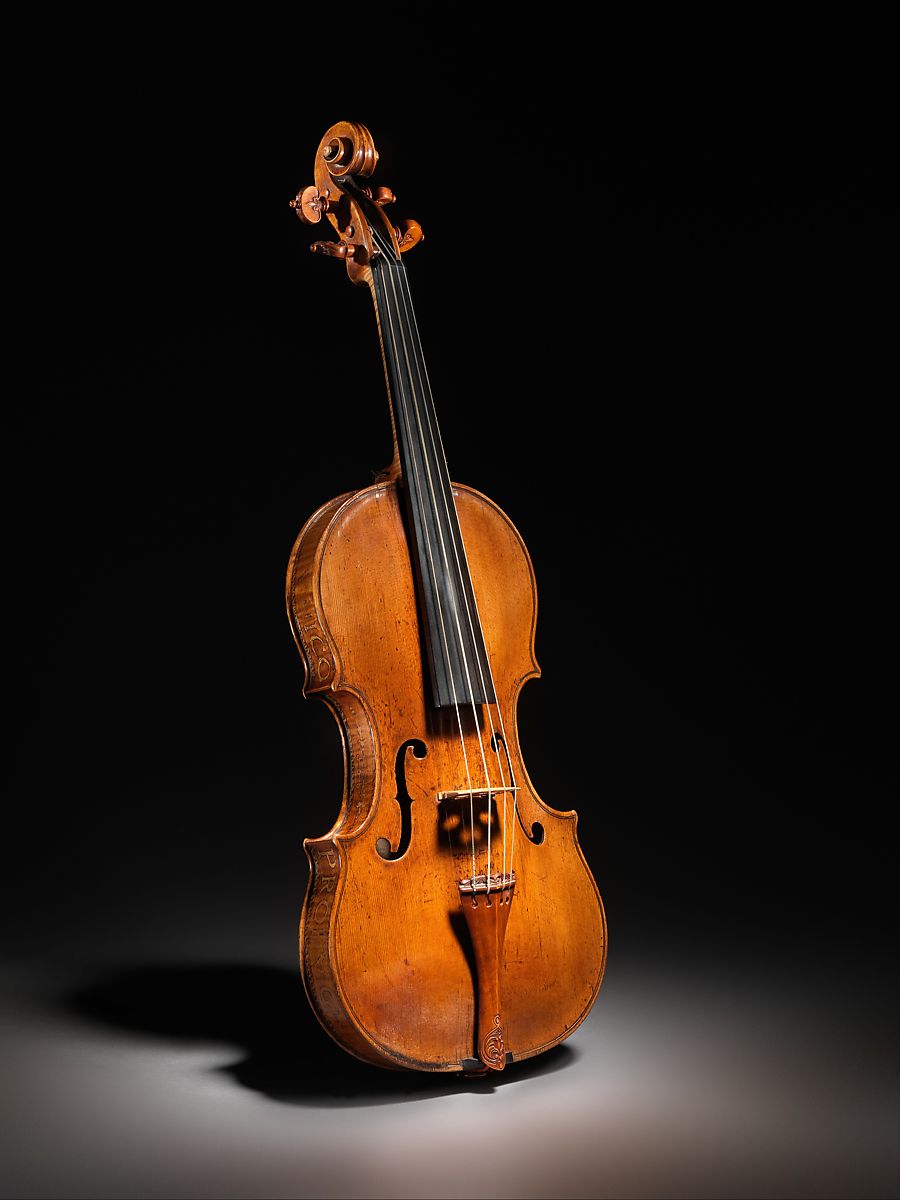 The violin is a wooden string instrument in the violin family. It is the smallest and highest-pitched instrument in the family in regular use. Smaller violin-type instruments are known, including the violino piccolo and the kit violin, but these are virtually unused in the 2010s. The violin typically has four strings tuned in perfect fifths, and is most commonly played by drawing a bow across its strings, though it can also be played by plucking the strings with the fingers (pizzicato). Violins are important instruments in a wide variety of musical genres. They are most prominent in the Western classical tradition and in many varieties of folk music. They are also frequently used in genres of folk including country music and bluegrass music and in jazz. Electric violins are used in some forms of rock music; further, the violin has come to be played in many non-Western music cultures, including Indian music and Iranian music. The violin is sometimes informally called a fiddle, particularly in Irish traditional music and bluegrass, but this nickname is also used regardless of the type of music played on it.

The violin was first known in 16th-century Italy, with some further modifications occurring in the 18th and 19th centuries. In Europe it served as the basis for stringed instruments used in western classical music, the viola and the violin. Violinists and collectors particularly prize the instruments made by the Stradivari, Guarneri and Amati families from the 16th to the 18th century in Brescia and Cremona and by Jacob Stainer in Austria. According to their reputation, the quality of their sound has defied attempts to explain or equal it, though this belief is disputed. Great numbers of instruments have come from the hands of less famous makers, as well as still greater numbers of mass-produced commercial “trade violins” coming from cottage industries in places such as Saxony, Bohemia, and Mirecourt. Many of these trade instruments were formerly sold by Sears, Roebuck and Co. and other mass merchandisers.